The Royal Bank of Canada is one of the largest banks in the world based on market capitalization and serves over 16 million clients in Canada, the United States and 37 other countries. As a leading financial provider, RBC has embraced its corporate social responsibilities. The corporation’s support for a wide range of community initiatives is demonstrated in part by its donation of $100 million dollars to charitable causes around the world in 2015 alone.

For over 110 years, RBC has been proudly supporting the Burlington community. Over the past few years RBC has provided donations to a wide variety of local organizations including the Halton Learning Foundation, Children’s Aid Society, Carpenter Hospice, Joseph Brant Hospital Foundation and Halton Food for Thought.

To make a lasting impact, RBC has also focused its giving on several priority projects. In 2008, RBC created the RBC Children’s Mental Health Project. The project has provided more than $20 million to organizations dedicated to helping kids and families get the programs and resources they need. By supporting local organizations like the Nelson Youth Centre and Danielle’s Place, as well as the Burlington Foundation Mental Wellness Alliance, RBC is helping change the outcomes for youth in Burlington who live with mental illness.

The RBC After School Project has provided more than $33 million in donations to 278 organizations since 1999. These donations provide children with safe afterschool programs, where they can develop their social and academic skills. This initiative has helped 35,000 children, including those who attend the Reach out Centre for Kids (ROCK) in Burlington. RBC’s support of ROCK helped provide the organization with supplies and the opportunity to remove barriers to innovative, family-centred mental health services and programs for children and youth in Burlington.

Launched in 2007, the RBC Blue Water Project is a 10-year global charitable commitment of $50 million to help provide access to drinkable, swimmable, fishable water, now and for future generations. RBC has now given over $44 million in grants to more than 1,157 charitable initiatives worldwide in support of this cause. Among these organizations supported by RBC was the Royal Botanical Gardens, who received a $100,000 grant in 2009 towards improving the water quality and the wildlife habitats at Cootes Paradise Sanctuary and the Bay Area Restoration Council of Hamilton and Halton, who received a grant of $8,000 for the Restoration of Cootes Paradise Marsh in 2015. The support for such initiatives in Burlington contributes to the impact RBC has on environmental sustainability.

John Lever, RBC’s Regional Vice President for Halton South Market comments:  “At RBC, we believe that stronger communities are part of the building blocks to a better future. By supporting local causes, such as the Burlington Foundation, we are able to make positive change in our community.”

“Not only is it making a difference worldwide, RBC is committed to helping improve the lives of Burlingtonians. There is a natural partnership between Burlington Foundation and RBC, as both organizations are dedicated to making our community a better place, through supporting local charities that are focused on  the environment, mental health and youth,” says Colleen Mulholland, President and CEO, Burlington Foundation. 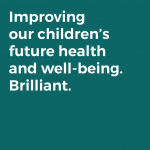 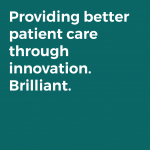