Brilliant Living: The Story of a Living Treasure 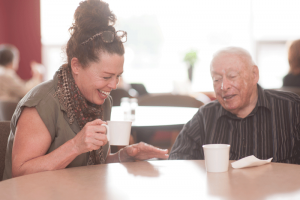 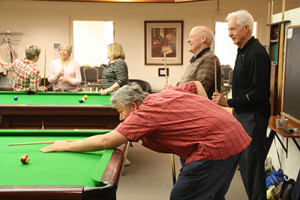 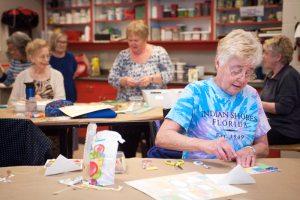 Bruce Anderson, 92, should be considered a living treasure. He’s the type of guy Nelson Allan had in mind, when at the age of 73 he created an endowment fund with Burlington Foundation to support activities for potentially isolated seniors. Bruce is one of the beneficiaries of Nelson’s legacy but what’s so great about this story is that we get to share Bruce’s insatiable appetite for storytelling which arises from his never-ending curiosity.

A recent conversation with Bruce began with reflections on the Burlington music scene of the 1940s and ‘50s.

“The most memorable night for me was when Lena Horne played the Brant Inn,” he reminisces. “It was a Saturday night. I was a teenager. That night I worked the spotlight for Miss Horne. That’s a memory I’ll never forget.

“My uncle owned the Brant Inn which was a major draw for acts such as Liberace, Benny Goodman, Lawrence Welk, Louis Armstrong and my real favourites, The Ink Spots. But that night keeping the spotlight on one of the greatest singers of all time was a real standout.”

Bruce is a real standout himself and thanks to programs supported through the Nelson Allan Fund, people similar to him can share their stories and continue their valuable contributions to life in Burlington. And, while it’s not unusual to engage in journeys down memory lane with seniors, learning that Bruce, at age 86, enrolled in Spanish language programs at Burlington Seniors’ Centre as part of the program might surprise you. It might further amaze you that he went on to learn Italian and French!

That’s not a typical picture of the life of a man his age but then again, nothing is typical about what the Foundation, Acclaim Health and the Nelson Allan Fund brings to our city. 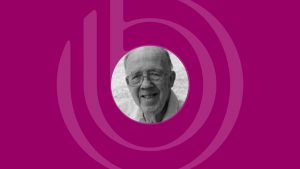 “Nelson Allan created a fund to address the need he clearly saw among seniors in Burlington. Many of our elders live in isolation. So Nelson established a legacy fund ensuring gifts from his fund would forever support programs that would help seniors re-engage,” observes Colleen Mulholland, Burlington Foundation President and CEO. “He had a great passion to bring seniors back into the community, to engage and learn, and share in conversation. Program funding through annual gifts from the Nelson Allan Endowment Fund with the Foundation means his legacy continues.”

Patricia Blakely, Director Community Support Services for Acclaim Health, is an enthusiastic supporter of the Nelson Allan Program and the Foundation. “Our mission at Acclaim is to help individuals enjoy living an independent life as long as possible,” she observes. “We understand the profound impact of meaningful social interaction, practical assistance and companionship. Because of the Foundation and its stewardship of the Nelson Allan Fund, our clients benefit greatly from the social, intellectual and physical stimulation they enjoy every day.”

“Without the Burlington Foundation, Acclaim, and Nelson Allan I wouldn’t even have looked for a place like this,” Bruce comments. “This is such a terrific program. Noel (Bruce’s Acclaim volunteer) and I come every week. It is a wonderful thing to get out and about every Wednesday and stay involved with folks. It keeps my mind alert and it’s always good to discover new things from new people. Everybody has a story and I find it so interesting to learn about their experiences.

“I can easily say that Wednesday is the highlight of my week!”

“Nelson Allan was a wonderful example of how one person can set off a ripple effect,” comments Colleen. “Through his Fund, seniors in Burlington are living less isolated lives and engaging in intellectual, social and physical activities that enliven everyone with whom they interact. It’s such a great example of how giving brilliantly allows people to go on living brilliantly.”

When speaking with Bruce, you might be reminded of something written by Marcel Proust who observed, “The only real voyage of discovery consists not in seeking new landscapes but in having new eyes.”

With the comprehensive community vision provided by Burlington Foundation, Burlington’s seniors’ community can expect to remain involved in vibrant conversation and a continuing voyage of discovery. 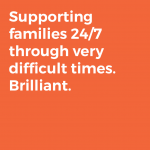 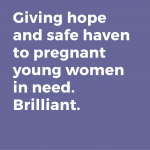